This was built as part of a Flying Boats and Floatplanes GB on Britmodeller, but there is a build log on this site. I would like to thank John Ratzenburger for sending me a copy of the relevant pages of Blackburn Aircraft Since 1909 from which I was able to extract the following historical notes. 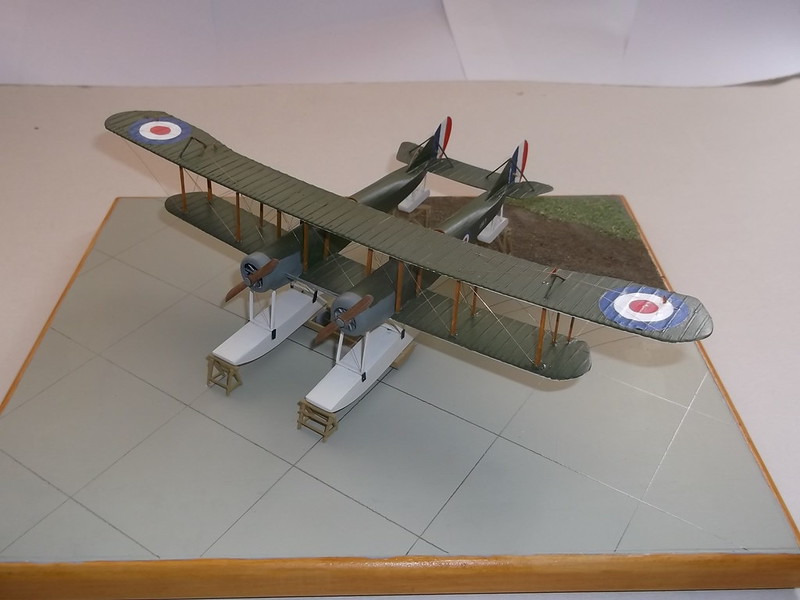 In 1915 the British Admiralty issued a specification for a long range Zeppelin interceptor which could operate over the sea at night. It was to be armed with Ranken incendiary steel darts which were to be dropped over the side of the aircraft which was expected to fly above the target. 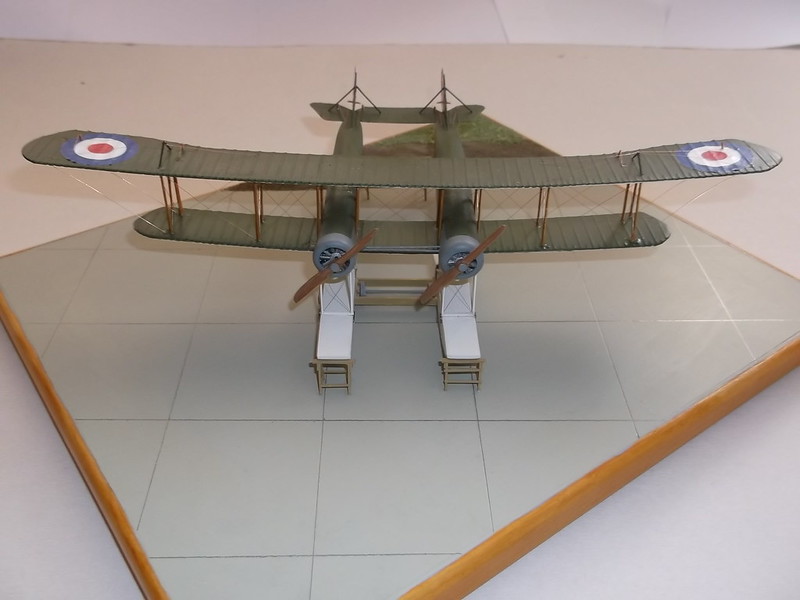 The Blackburn Aircraft Company was already building BE 2c trainers and Sopwith Cuckoo torpedo bombers, but the T.B. or Twin Blackburn was the first indigenous design to be submitted by the company. Construction was conventional box girder fuselages with a rotary engine at the front of each, joined by a 10 foot centre section and common tail unit. The wings were three bay with a large overhang and the fins and rudders were slightly modified BE 2 c units. 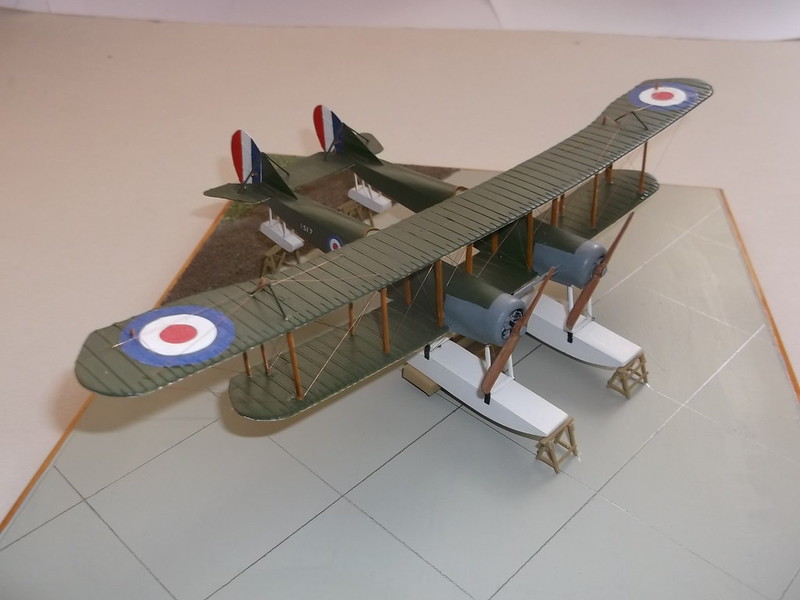 The original intention was to power the aircraft with two 150hp Smith radial engines which offered a very low weight to power ratio and low fuel consumption. However production units did not prove to be reliable and so 100hp Gnome Monosoupape or 110hp Clergets were fitted instead. The resultant lower powered aircraft were in fact seriously underpowered and the performance of the aircraft fell far short of the operational requirements. 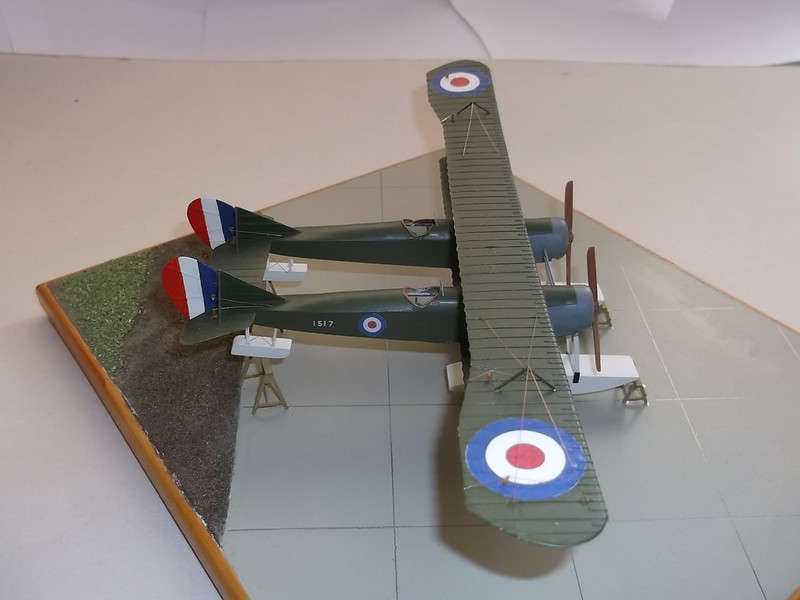 There were some other problems which made the type lanes than optional too. When one of the early production types was being tested the flight test observer recorded that while the pilot sat in one cockpit with all of the controls, he sat in the other with just the engine starting handle. When the Gnome engine was primed a pool of excess petrol formed on the float and ignited when the engine was fired. The observer was expected to lie on the lower centre section and put out the fire on the pilot’s side with a fire extinguisher and then climb into his own cockpit to start the second engine. The fire extinguishing performance had to be repeated and then the observer could clamber back into his own cockpit ready for take off. 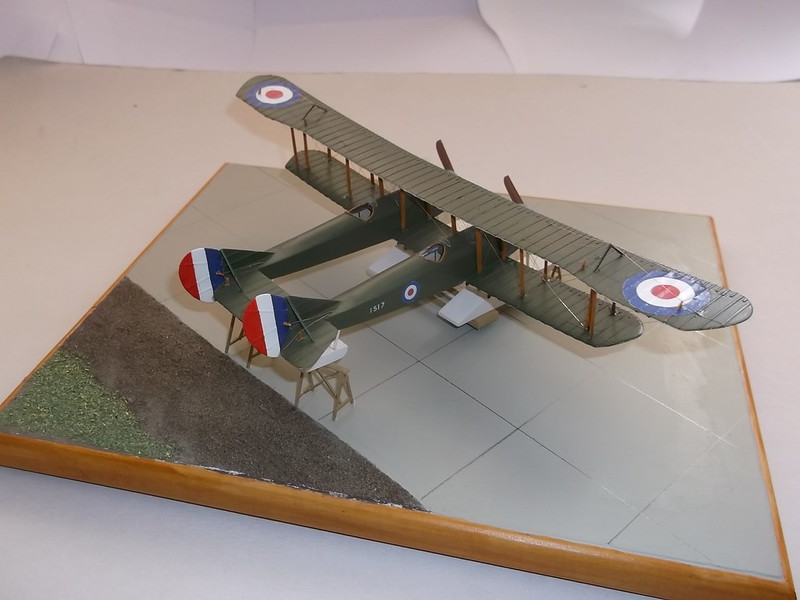 Once airborne the test pilot found that the mainplanes flexed to such a degree that all lateral control was lost. This was rectified by adding king posts and bracing to the wing overhangs, but then the relative movement between the fuselages caused the pilot further problems with stability and control.
Communication between the crew was by hand signals which meant that co-ordinating any attack on an airship at night would be been close to impossible. The lack of power from the engines meant that the total offensive load was restricted to 70 lb and the rate of climb was such as to make it doubtful whether the aircraft would ever be able to intercept a target.
Last Edit: 1 year 7 months ago by Stevef. 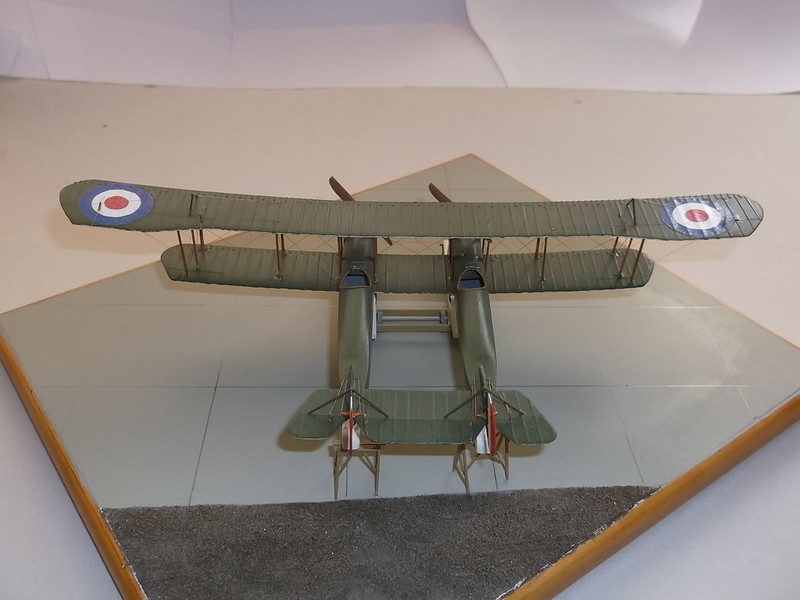 Although a total of 7 of the 9 aircraft built were sent to RNAS Killingholme they were hardly used and were eventually struck off charge, a fate shared by the two remaining aircraft which were never taken from storage. 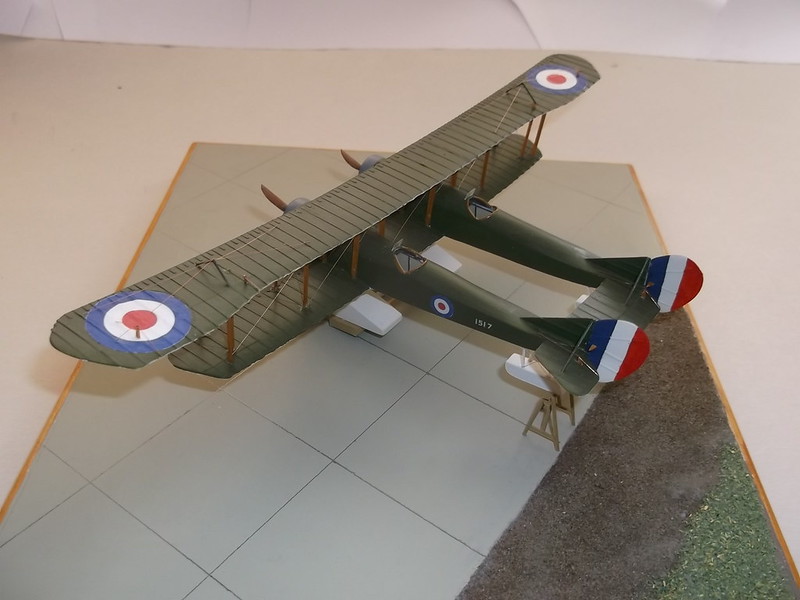 The odd design of this aircraft was to be repeated many times by the Blackburn Company which has a justified reputation for aesthetically unpleasing aircraft, many of which were designed and built for Admiralty purposes, and none of which could reasonably be described as highly successful, even if they were reliable. 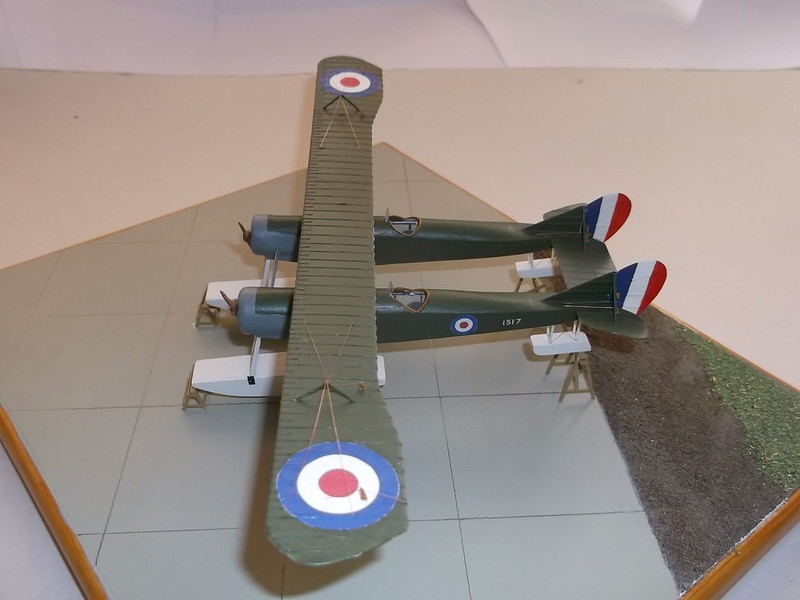 Less More
1 year 3 months ago #279 by steve.s
Amazing build steve and the info made for an interesting read, i find it more interesting building vehicles that were not that common OR just very unreliable!
Is there a name for the design of these dual fuselage aircraft?
Well done Steve.