Here are some notes and photos of the completed Caproni Ca 5: the build log is in the Aircraft section of the forum.

The Caproni Ca 5 was designed in 1917 as a replacement for the earlier successful Ca 3 series of aircraft. The Ca 5 was slightly larger than its predecessor and the early versions were powered by Fiat A 12 engines developing between 200 and 300 horse power. Radiators were fitted in front of the engine on the booms, but in the nose of the fuselage for the middle engine which was in a pusher configuration. Three engines were used because of the nature of the terrain, (most of the bombing raids had to pass over the Alps), and distances involved: a third engine gave both increased power and a better chance for the crew to return in the event of an engine malfunction. Later variants of the basic design were powered by Fiat, Isotta or Liberty engines which meant slight redesign of the nacelles, and in the case of the Liberty engined variants, the nose radiator was replaced by one mounted in front of the engine at the rear of the fuselage. Defensive armament consisted of a machine gun in the nose and one mounted on a platform above the engine in the fuselage and behind the top wing. Most of these machines were operated by the Italian Air Force but a small number was also supplied to the American Air Service where they were deployed over the Western Front. Plans to build 1500 machines of this type in the US were cancelled when peace resumed in 1918. The type was used with some success as a bomber from late 1917 and through 1918 and after the war it continued in service with the Italian air force until the mid 1920's. At least one machine was fitted with floats and Liberty engines but this was not delivered until 1919 and so did not see wartime service. Some machines were converted to air ambulances in the post war period - they could carry two stretcher cases, one in each nacelle behind the engines, and up to 4 sitting cases in the fuselage: the fuel tanks were reduced in size to accommodate the seats. In terms of overall performance the design was a little disappointing as it suffered from constant engine problems. The fuselage engine was difficult to cool, and all of the engines tended to have a low reliability because of the poor quality control in the engine factories in Italy. Production was also hampered by the lack of skilled workers to make these complex aircraft in Italy at that time, but the type earned respect from its crews for its rugged qualities and powers of endurance which made them well suited to the conditions in which they had to operate.

The use of three engines seemed to have established a trend for larger Italian and some German interwar designs as a large number of trimotors were built and used in this period and during WW2, making use of the advantages of this particular engine layout. 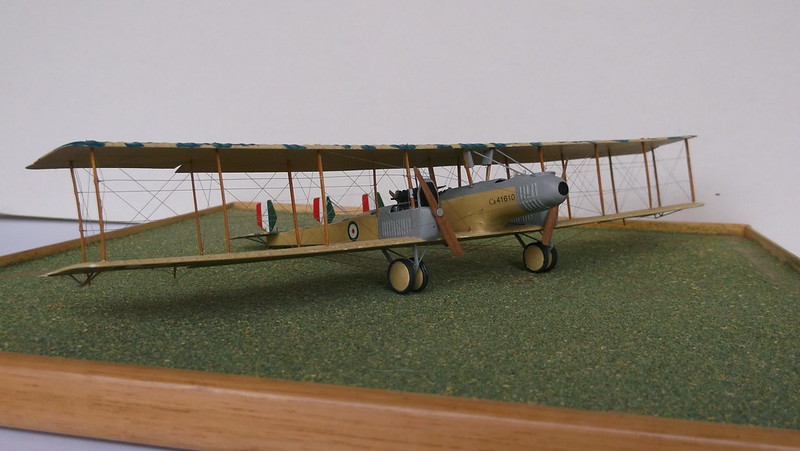 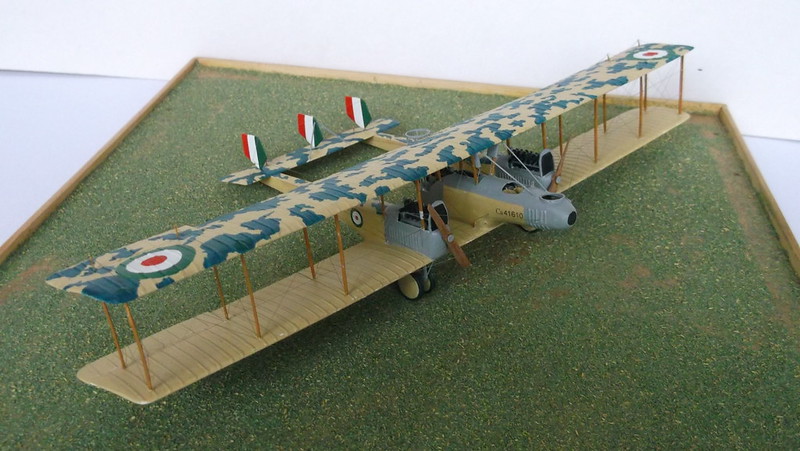 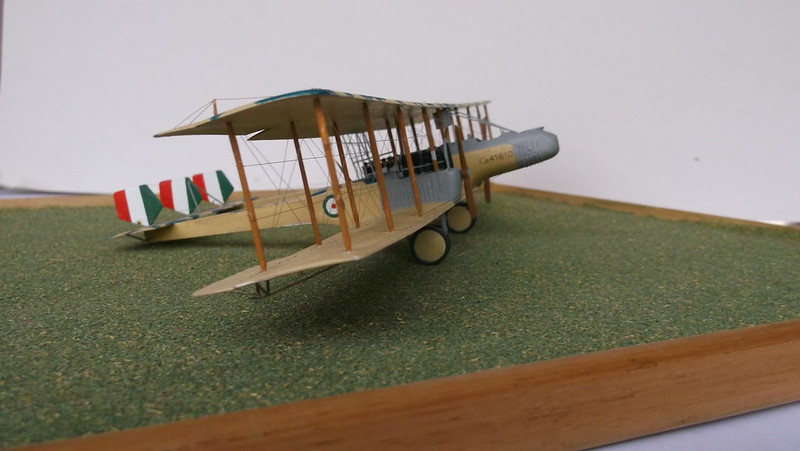 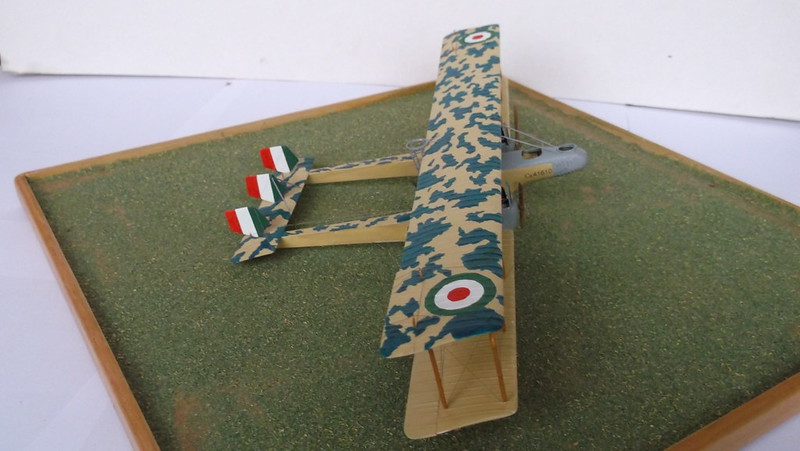 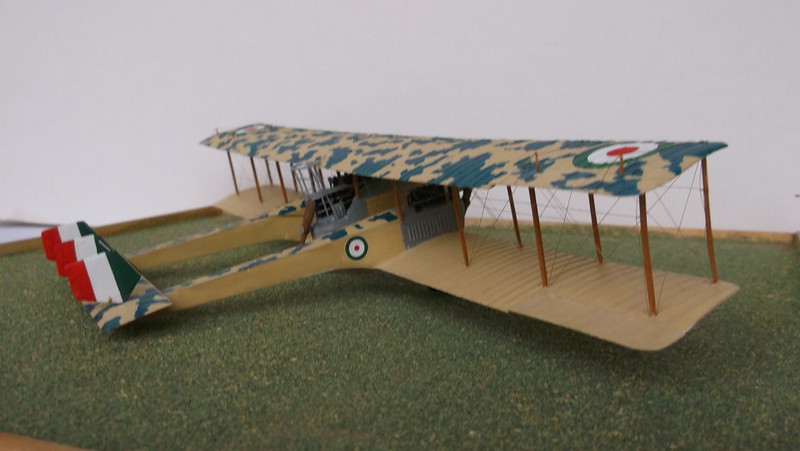 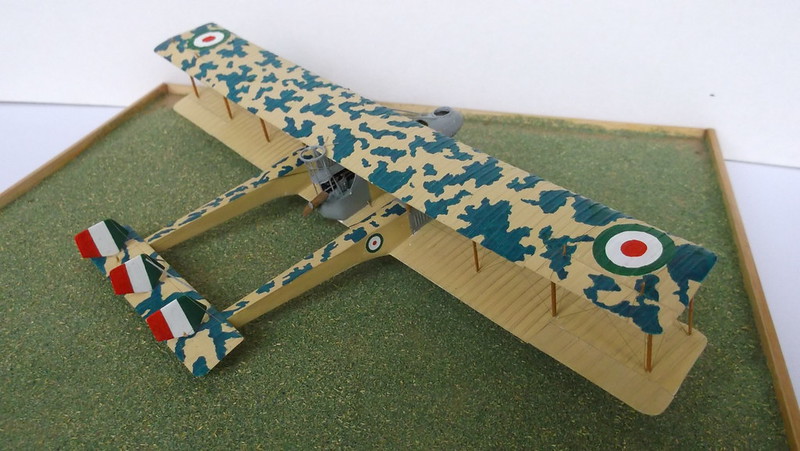 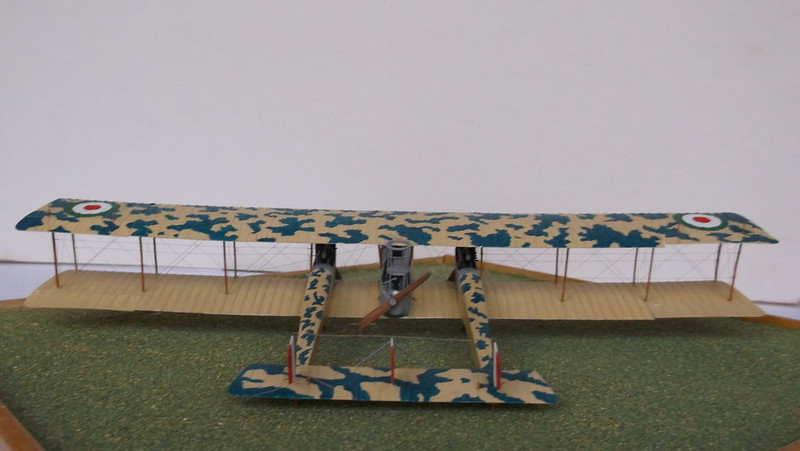 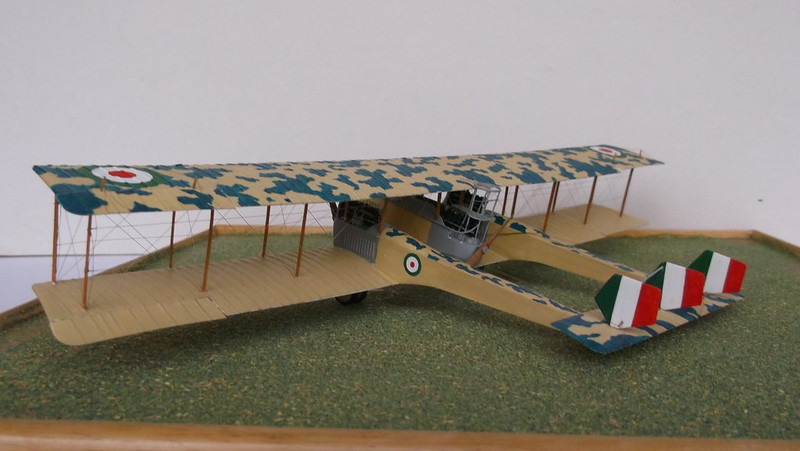 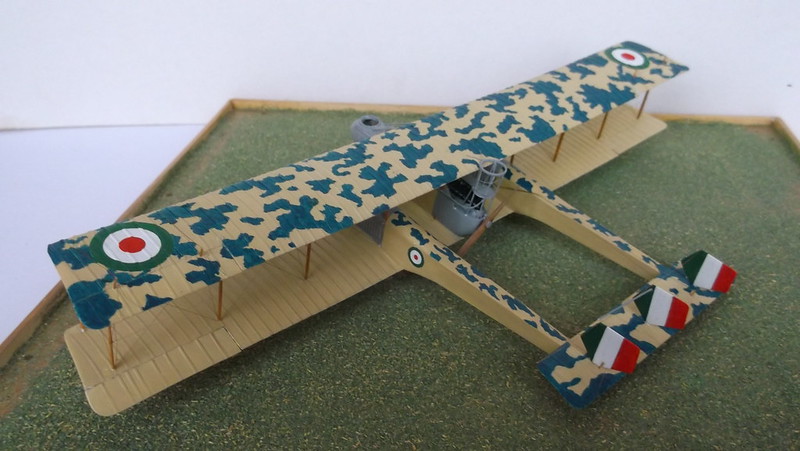 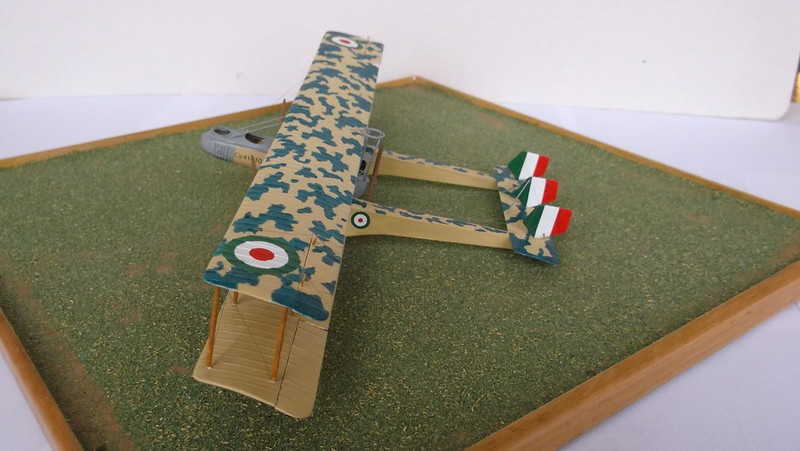 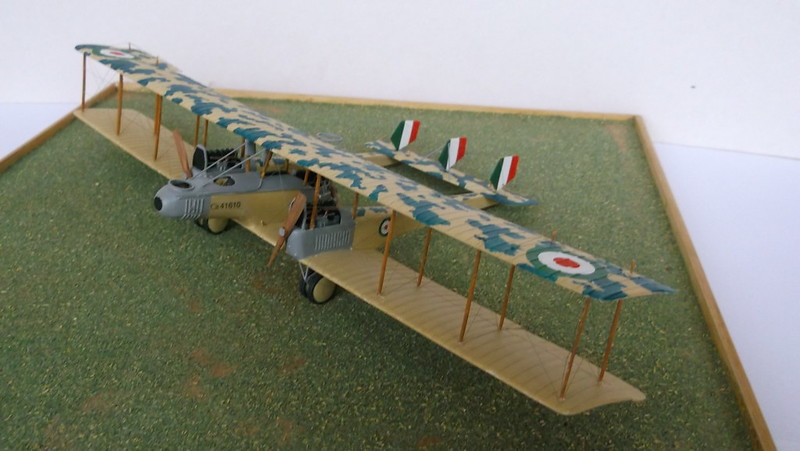 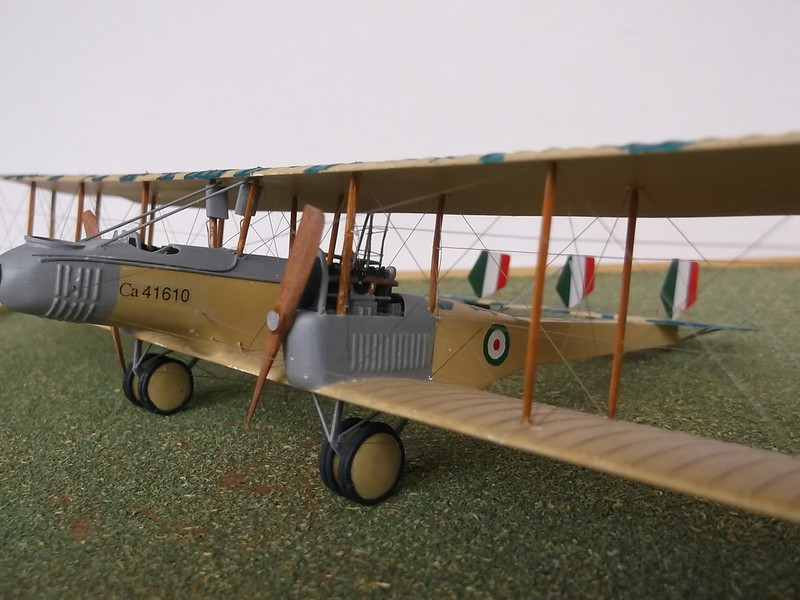 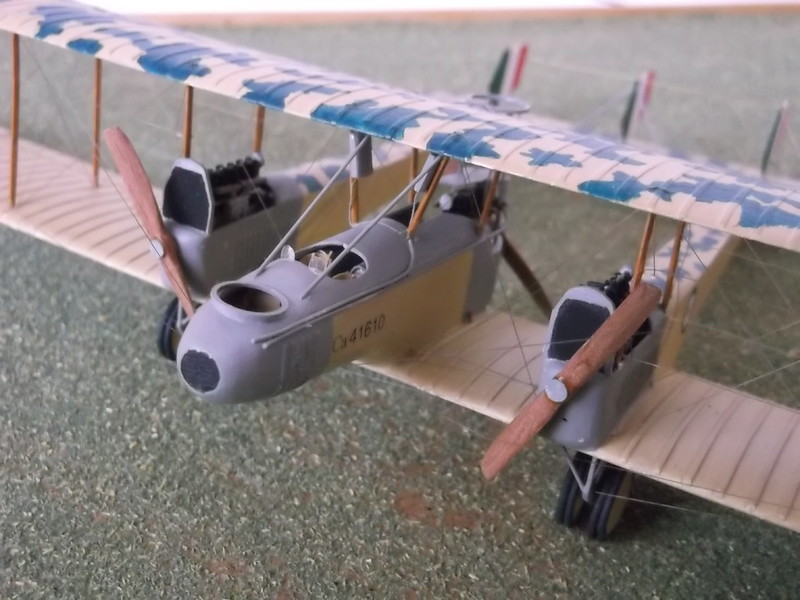 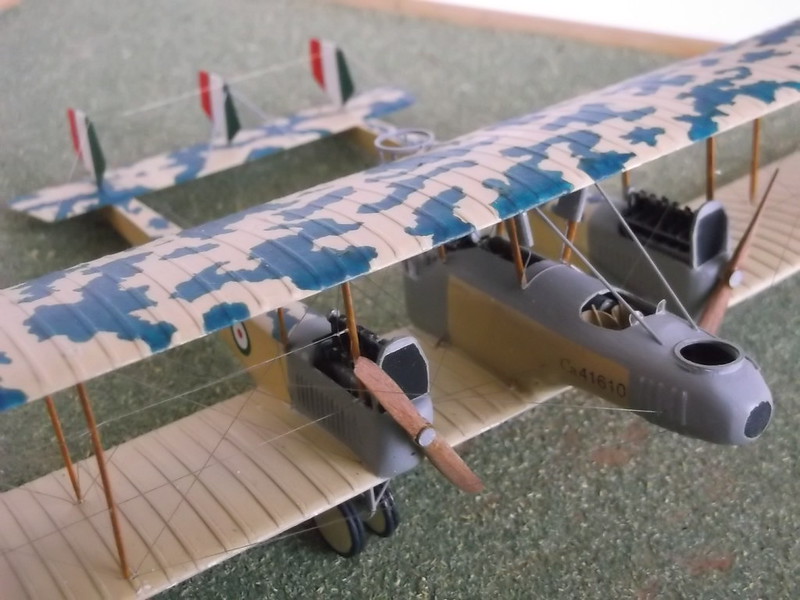 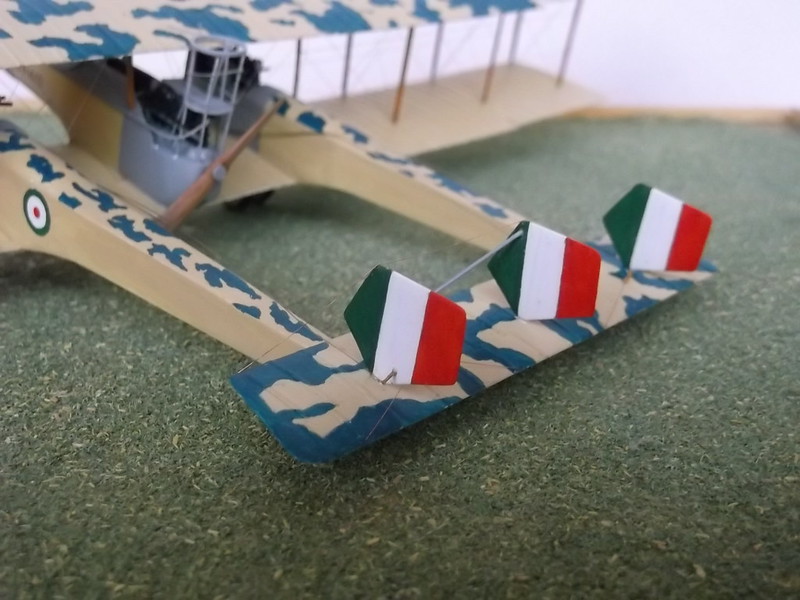 As far as I am aware there is no kit of this aircraft type - so scratch building was my only option to add one to my collection.