Here are some more photos of the gunbus. The build log is in the aircraft section of this site. This is my first scratch build in 1/32 scale. It just had to be a pusher because I wanted to make something a little different. For those who are interested there is a build log in my workbench section of this site. The model is made from brass rod, brass bar, styrene sheet, strip and rod, wood, and the engine, seat, machine gun and spoked wheel are aftermarket units. This was the first time that I had attempted soldering and representing an uncovered airframe. The model is rigged with monofilament thread and EZ line. It is a personal tribute to the memory of Des Delatorre who founded ww1aircraftmodels.com website, a site dedicated to WW1 topics, but especially aircraft. Des was a gifted modeller who scratch built some wonderful models of early aircraft in 1/32 scale. 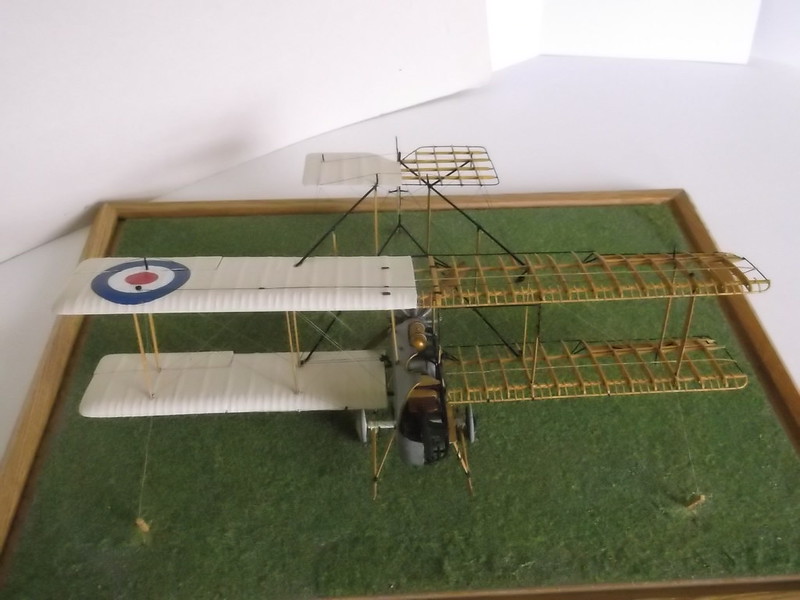 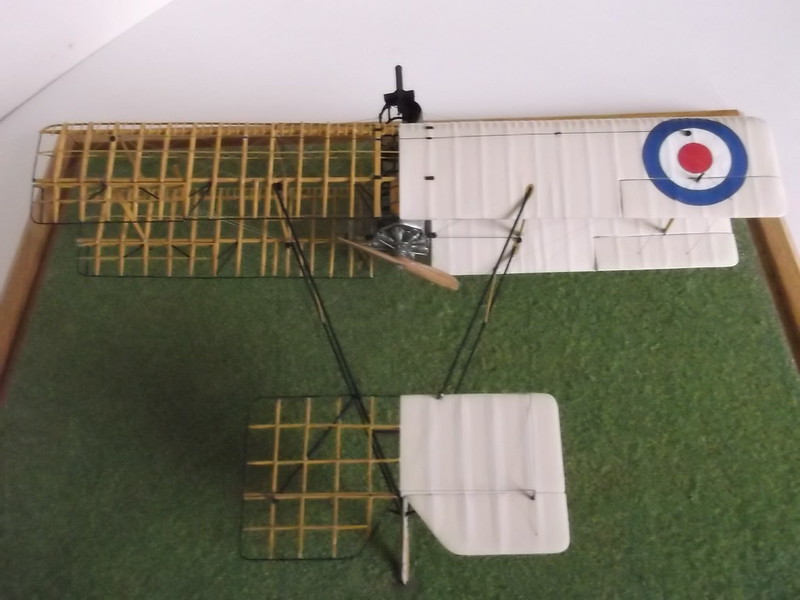 The model is based on the first Vickers FB 5 (Fighting Biplane no 5) "Gunbus" to land in France on February 2nd 1915. It was allocated to No 2 Squadron and flown by Lt. Chidson. On 10 February it was moved to 16 Squadron but on 28th of the month it was captured intact by the Germans and Lt. Chidson and his onserver Lt. Sanders were made prisoner. It is known that the machine was test flown by the Germans for a time. 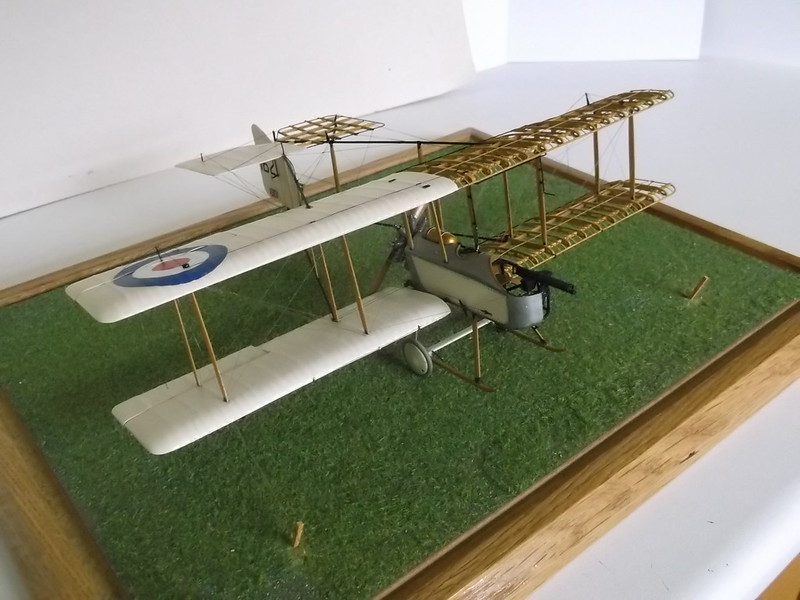 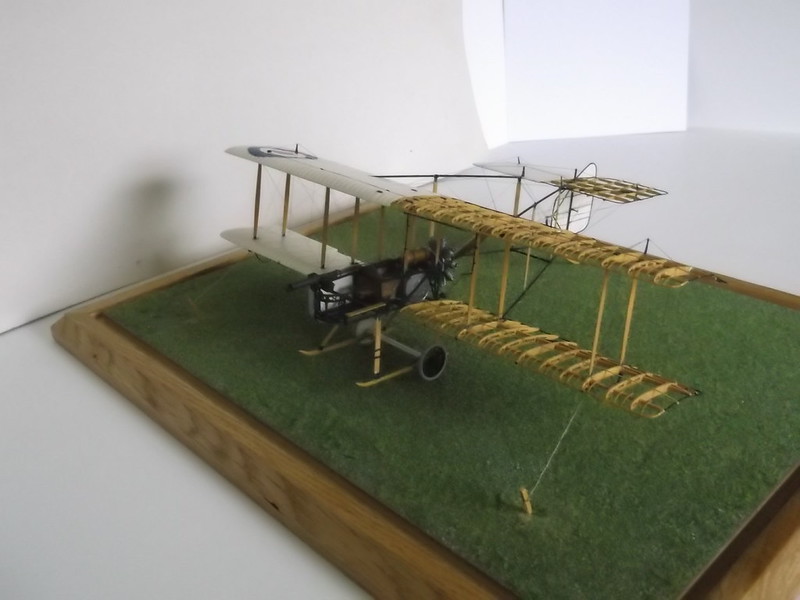 The first orders for this variant of a series of gun carrying pusher biplanes which had been designed and built by Vickers were placed just after the outbreak of war in August 1914. They were to be armed with a Vickers machine gun, and 1621 was equipped with such a gun when it was captured. However the gun proved to be unwieldy in the air and was soon replaced with a Lewis. Single machines were sent to France in 1915 until the first squadron (no. 11), to be equipped with the type arrived in July of that year. 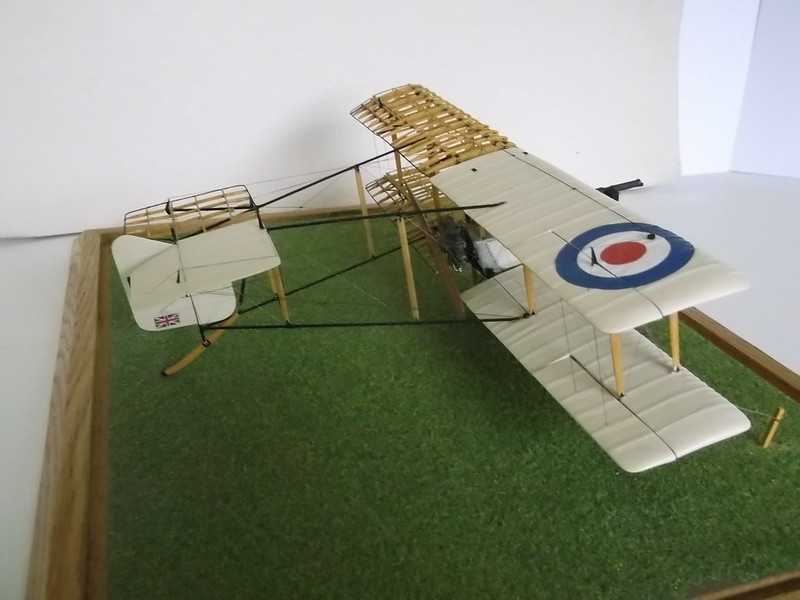 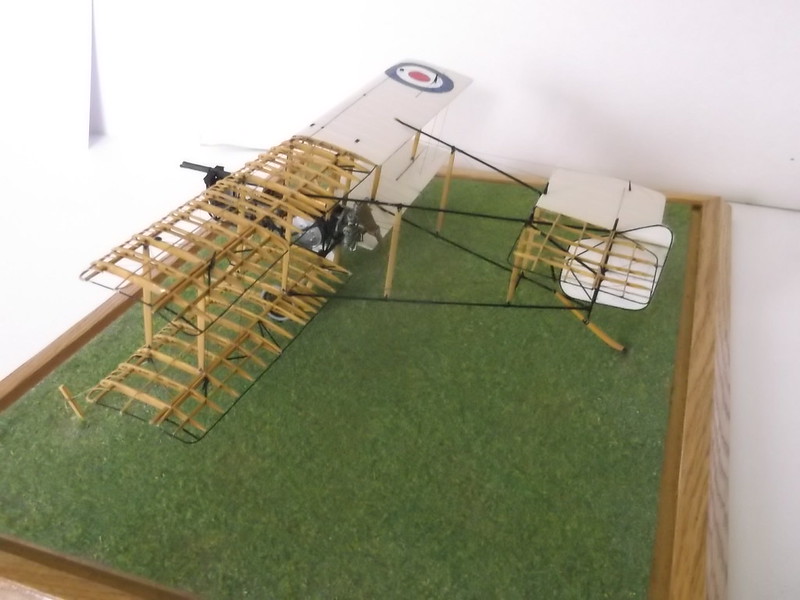 Most of these machines were used as escorts for Avro 504 and B.E.2c reconnaissance aircraft: it was found that unescorted Avro's and BE's were attacked, but if an escort was provided enemy pilots stayed away. However the type was too slow to be able to persue other enemy types and its ceiling was restricted to approximately 8000 feet which even then was rather low, so by early 1916 it had become outclassed and was being withdrawn to home squadrons where it was used for training. 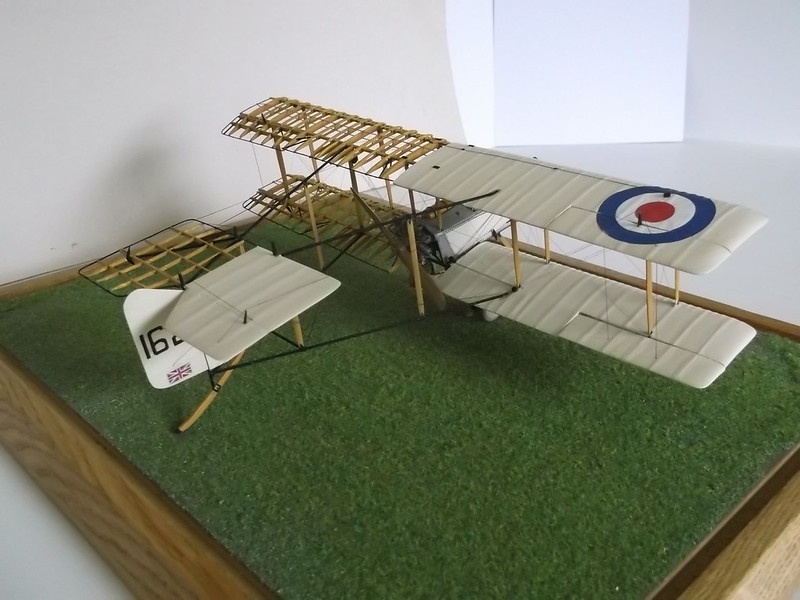 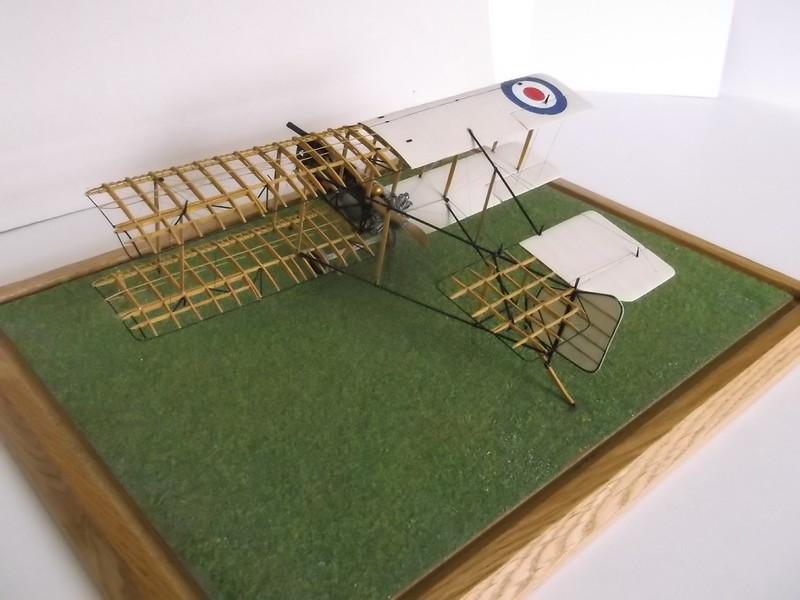 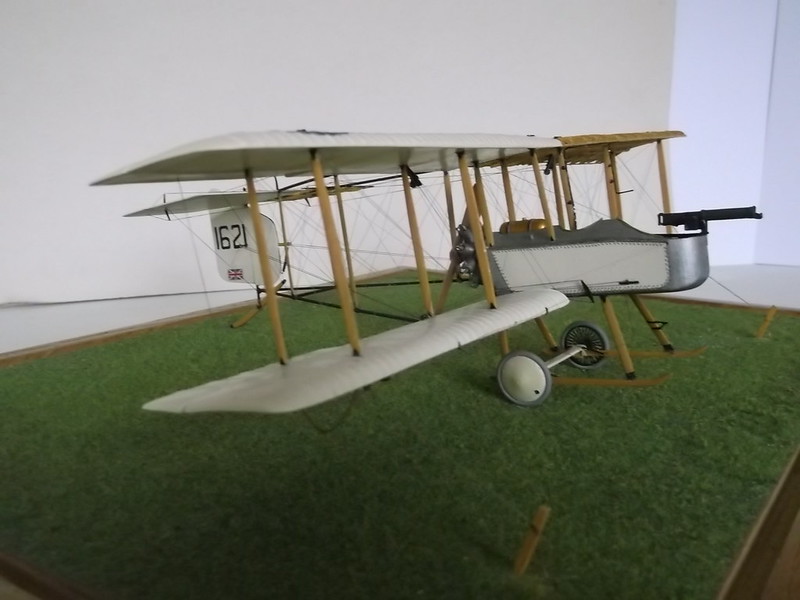 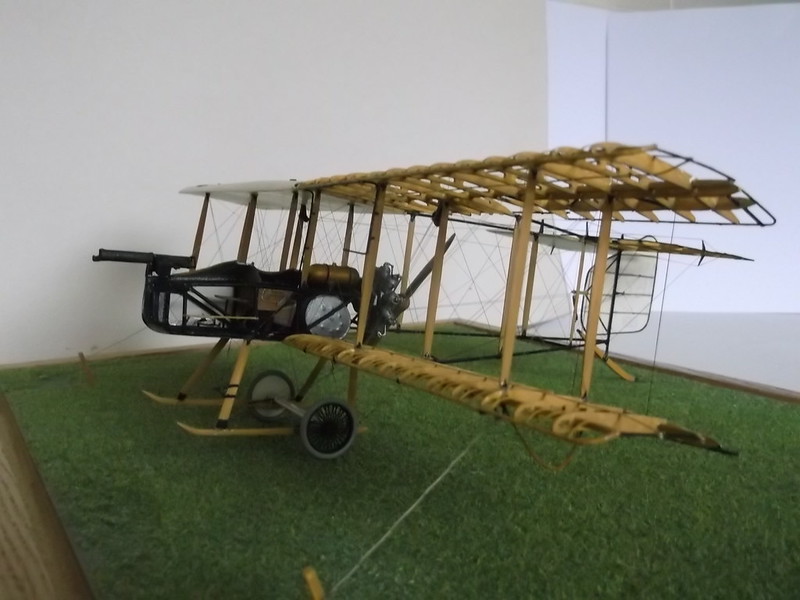 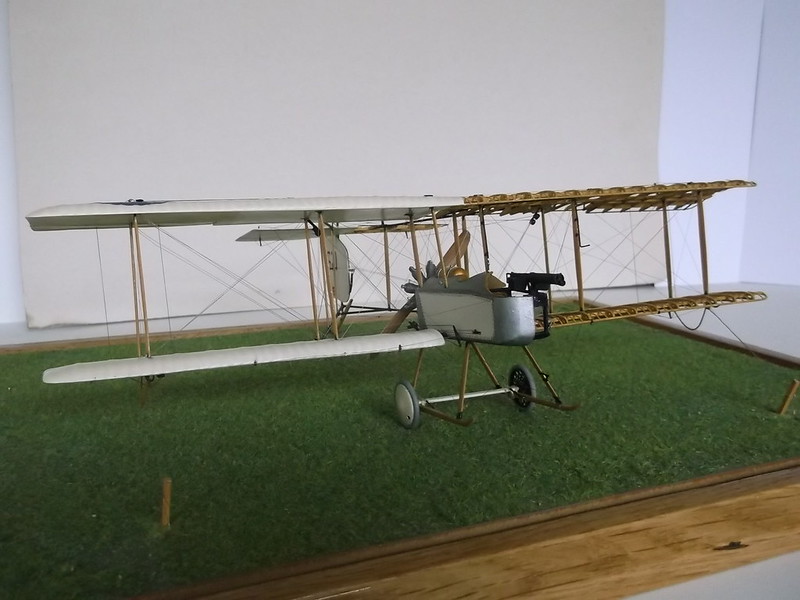 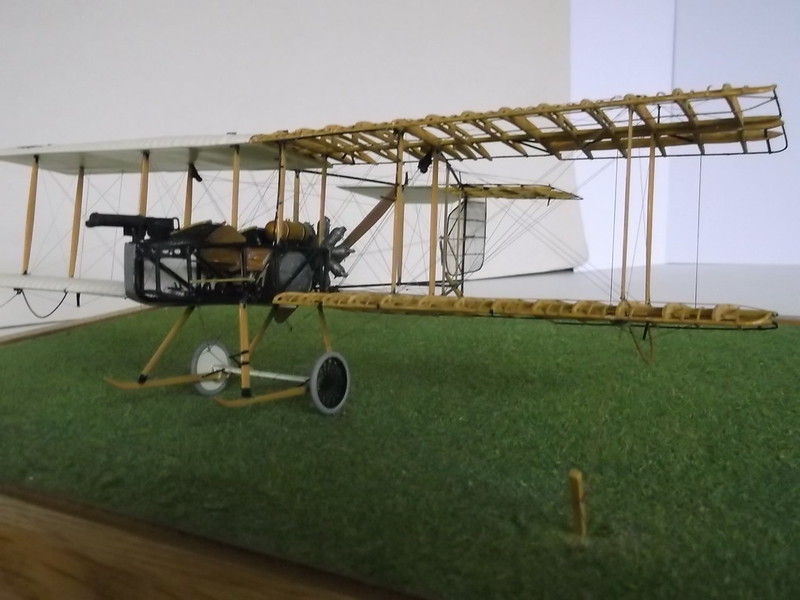 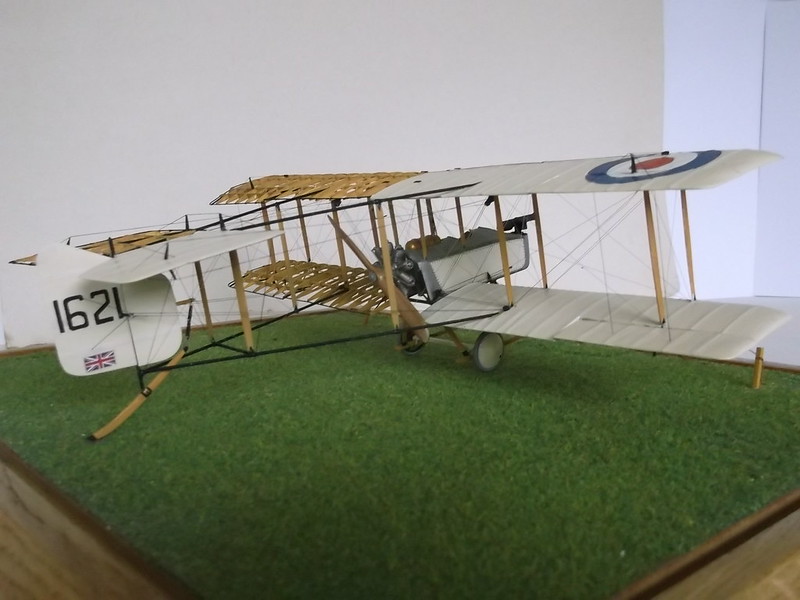 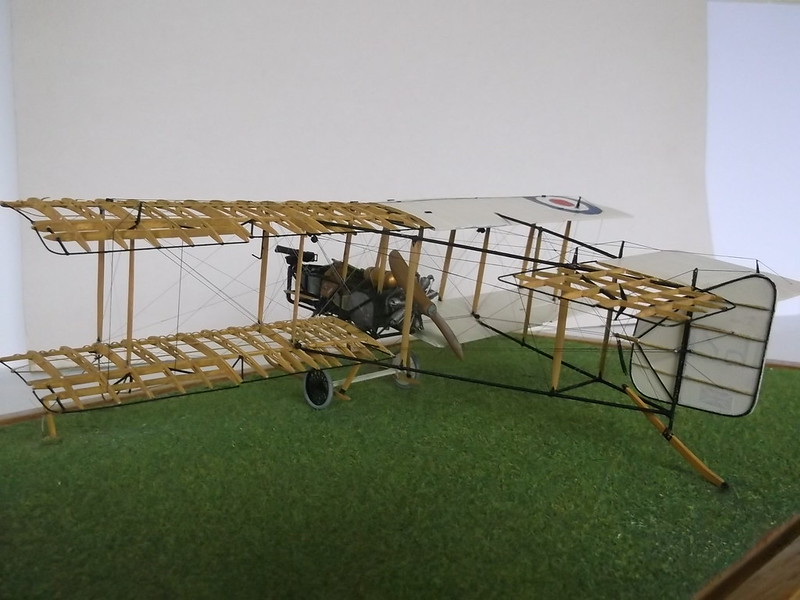 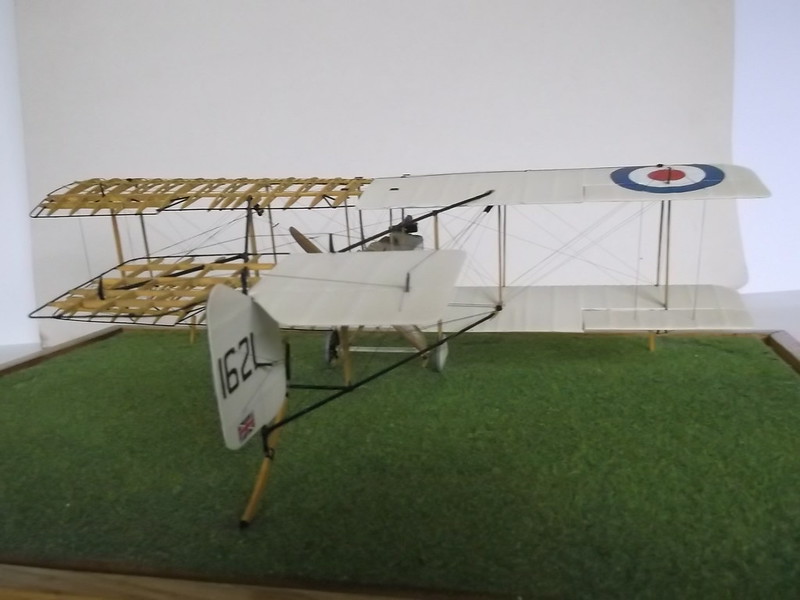 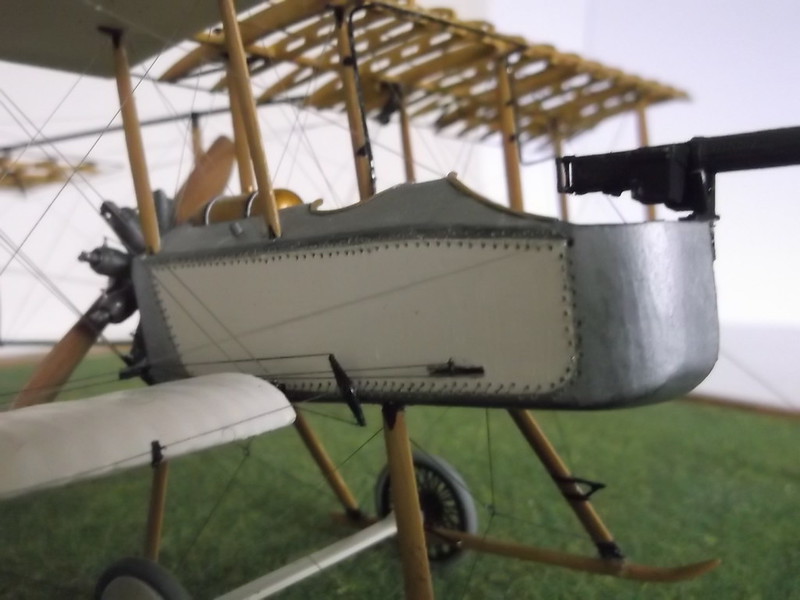 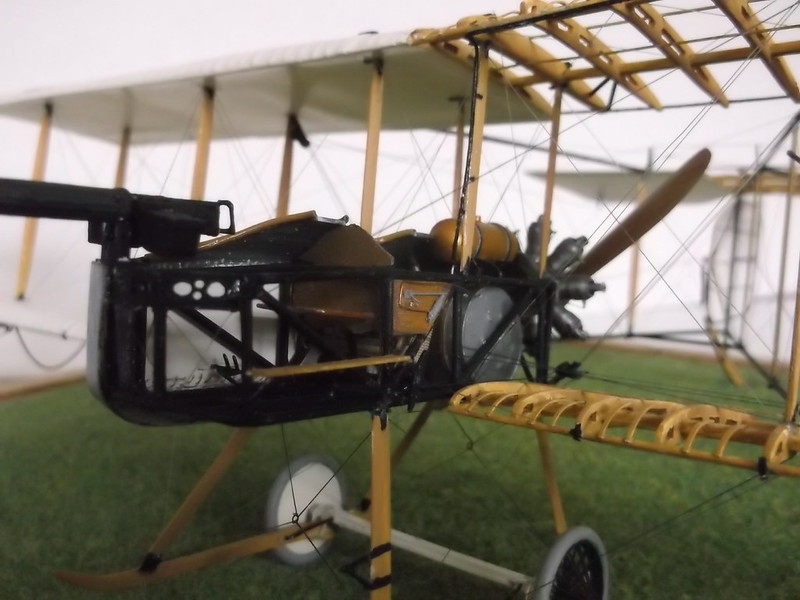 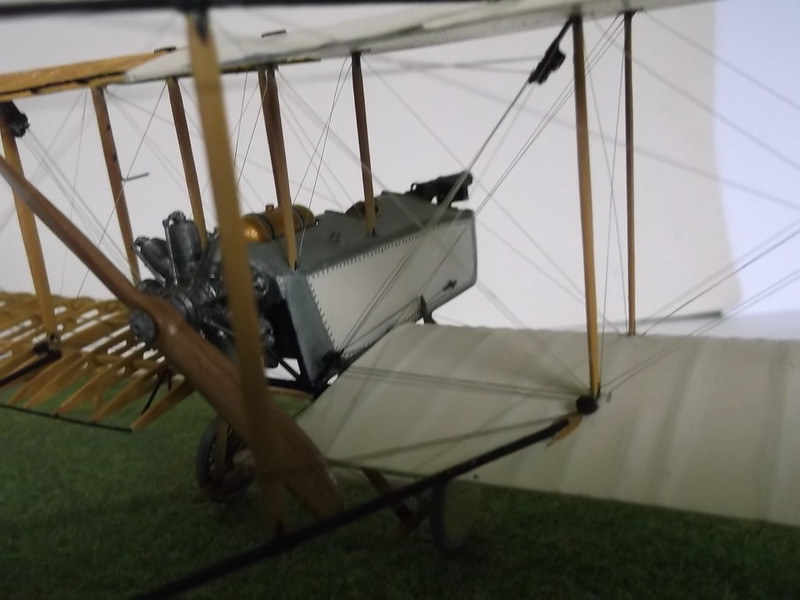 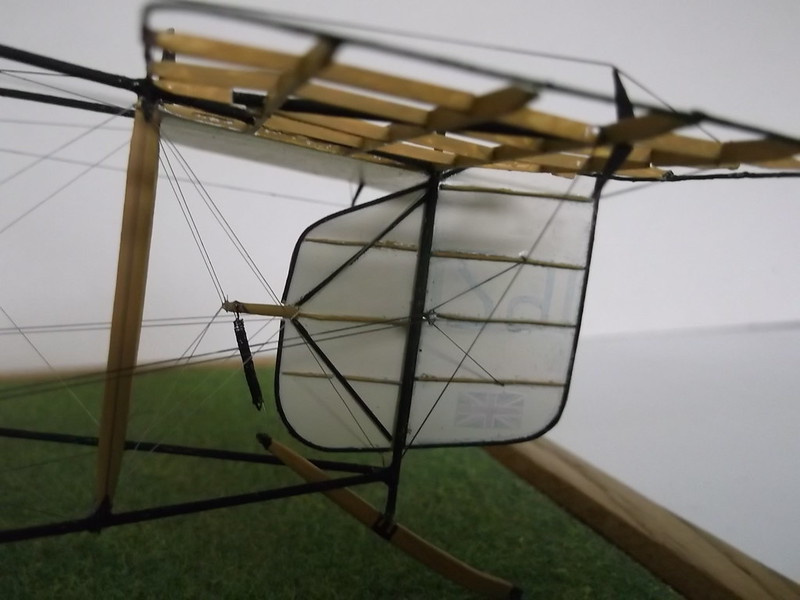 I took some more photos today because the light was better and you can see some more details. 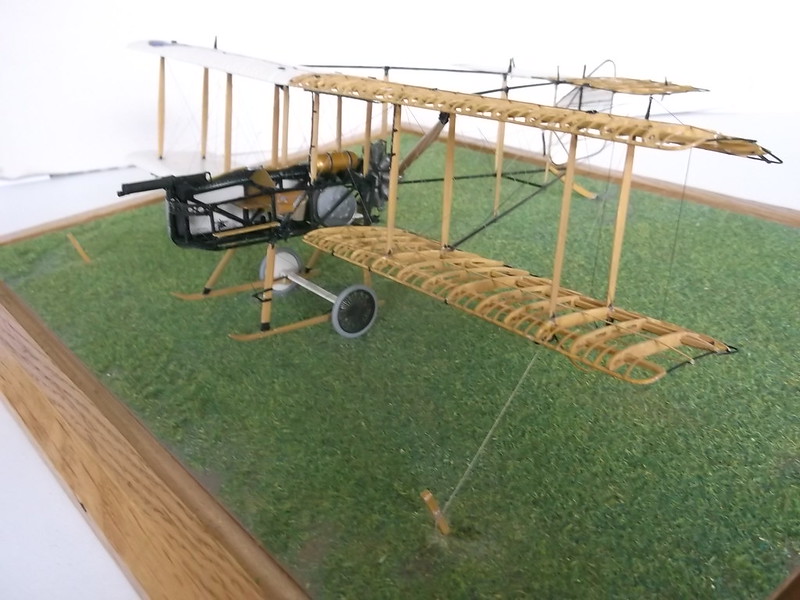 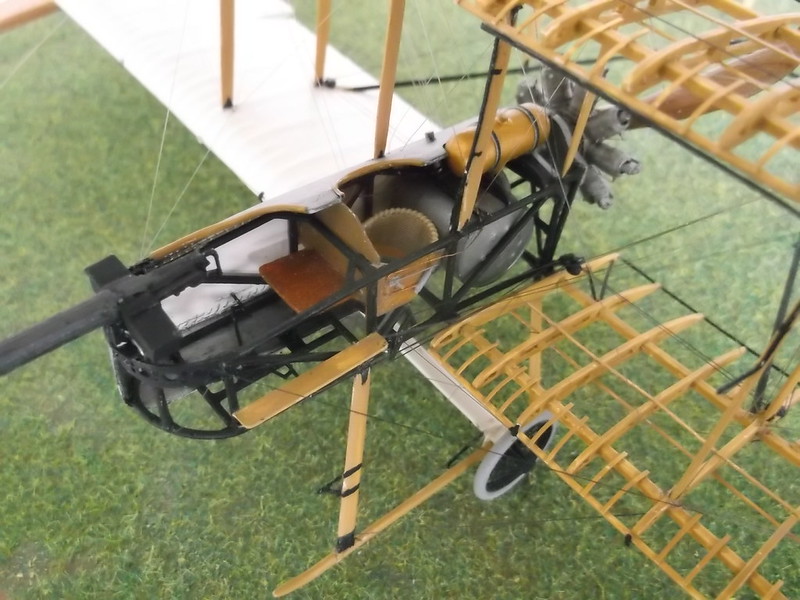 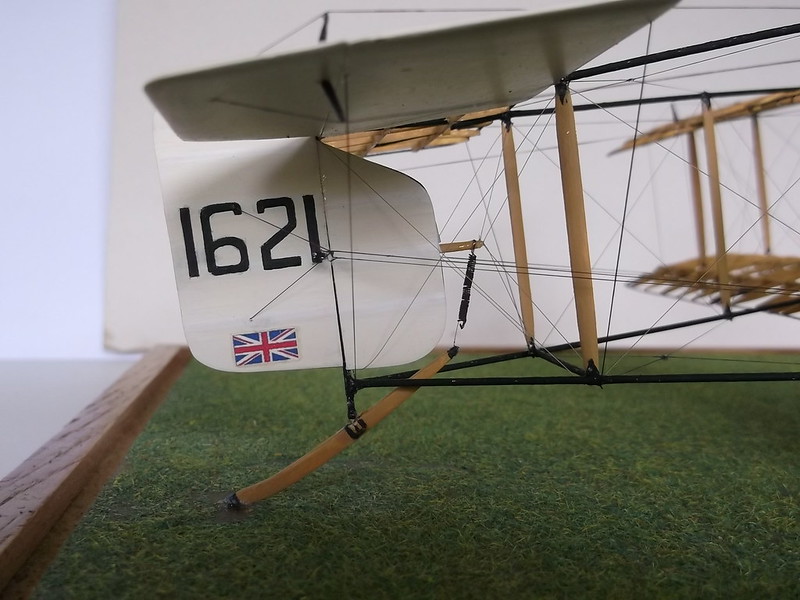 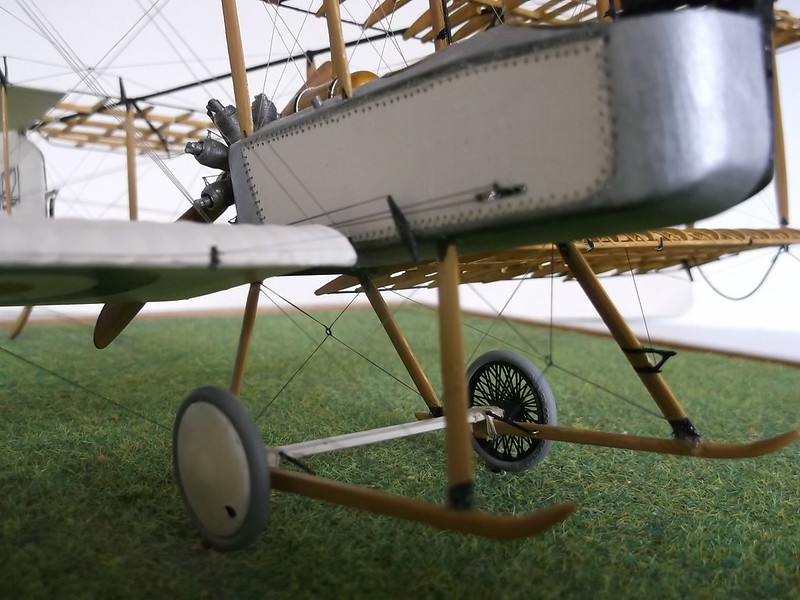 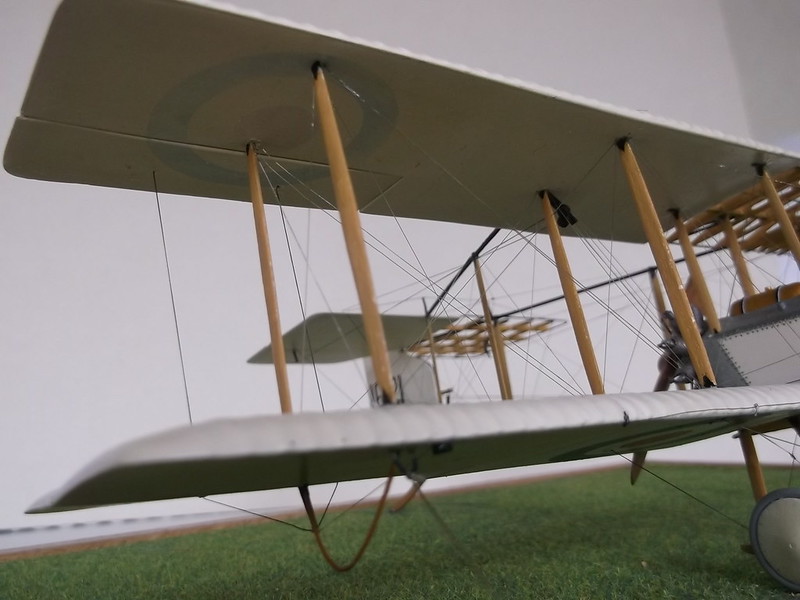