Less More
4 years 3 months ago #97 by Stevef
The build log for this model is in the aircraft section. These are some historical notes and photos of the completed model. The model span is approx 15 inches and length 8 inches: it is of course entirely scratch built. 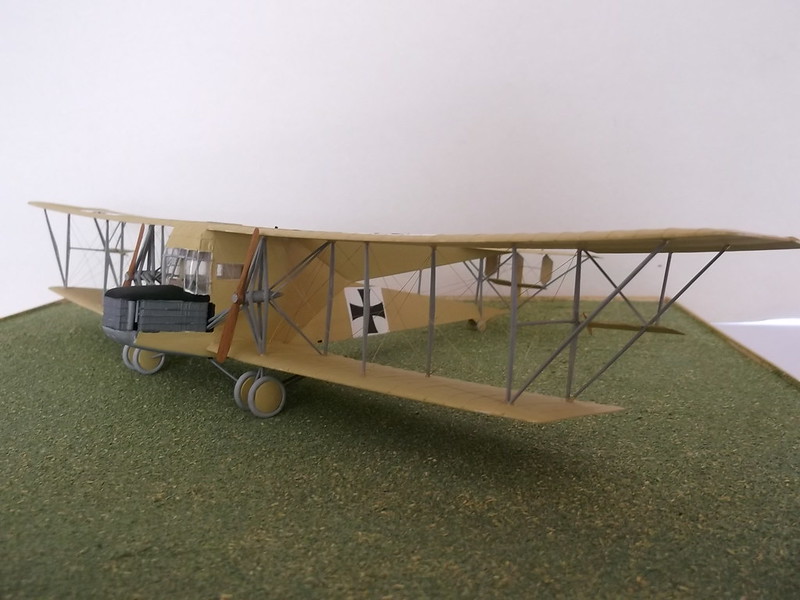 The Siemens-Schuckert R. 1 Riesenflugzeug (R-plane, giant aircraft), was the product of Bruno and Franz Steffen who were engineers who had built small monoplanes at their factory near Kiel, and wanted to build a large multi-engined transport aircraft because they believed that these and not airships would be the future of air transport. In October 1914 they were able to put their ideas to the aviation inspectorate in Berlin. The appearance of Sikorsky's four-engined Grand in 1913 had had a profound effect on nascent air ministries throughout the world and while building a large airframe was straightforward, finding suitably powerful and reliable engines was an altogether different matter. The Steffen brothers' factory was too small to undertake the construction of the large project that they proposed, so Siemens-Schuckert Werke (SSW) were asked to undertake the construction. The machine was designed by the Steffen brothers and the R1 made its maiden flight on May 24 1915. It was powered by three 150 hp Benz Bz. III engines which were mounted in the nose and connected to a common gearbox. Two drive shafts were coupled to the propellors via hear housings mounted on the struts between the wings. This allowed a mechanic to be able to service the engines when in flight: communication between the pilots and the mechanic was by written notes as the noise levels were so great. The aircraft had a steel tubing framework for the fuselage, the wings were from wood, and both were covered in fabric except for the nose which was partially covered in aluminium panels. The tail wheels were steerable and the whole machine weighed 5 tons. One early recurring problem was the failure of the propellor drive shafts, usually the universal joint near the struts. This was solved by adding stiffener tubes fore and aft of the transmission shafts.

The R 1 made 24 orientation flights before it was handed to the air force for further evaluation and testing. On early August 1915 the machine had just taken off on a training flight when all three engines failed causing the machine to hit the ground from about 8 meters: the crew were fortunately unharmed but the aircraft wear severely damaged. It was returned to the SSWn factory and rebuilt. In the summer of 1915 a new Sonderkommando (special init) was formed to operate with second generation giant aircraft: there was much to be learned about operating and flying these very large machines. The R1 was returned to Poland and used for further testing and training but was not considered reliable enough to be risked on actual bombing raids. 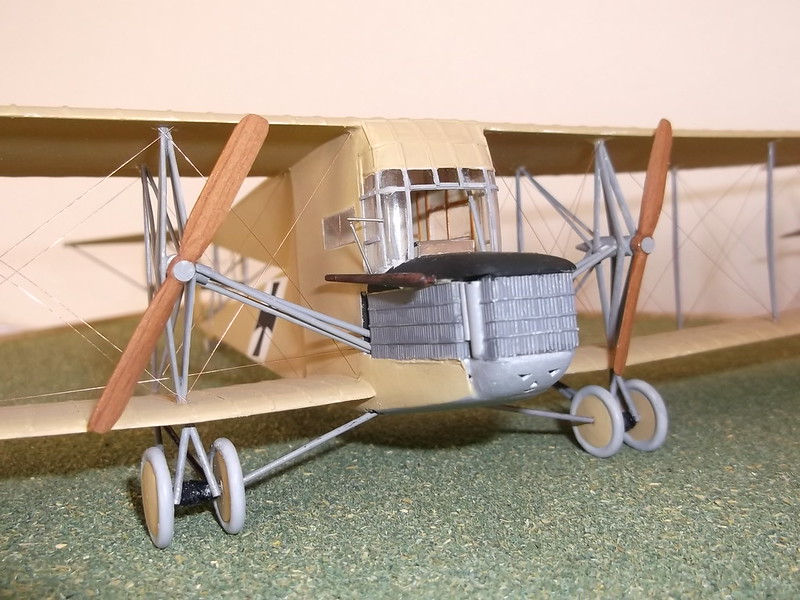 It was badly damaged again inn March 1916 when being returned to Berlin when the airframe hit the side of a tunnel because the track bed had had moved. It was repaired again and sent to Doberitz as a training aircraft where it continued training pilots and flight mechanics: in 1917 it was recorded as having completed 97 training flights and 26 crew orientation flights. This machine had a longer service record than any other R type and no other centrally powered R-plane was as successful as the SSW R planes - a tribute to the Steffen brothers and their co-workers at SSW. 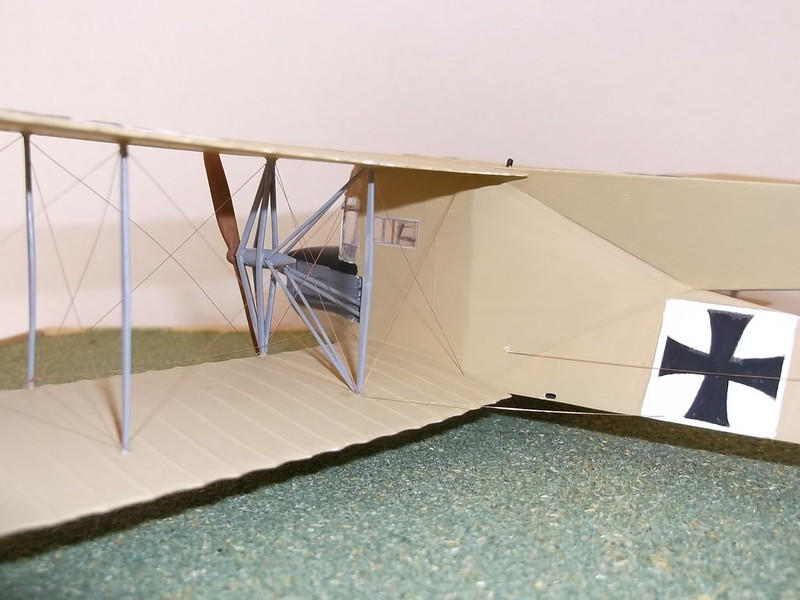 Six more SSW R-types were built, all of them had a re-designed and better streamlined nose, with a gun position in the front. The 150 hp Benz Bz III engines of the R1 were to be replaced by more powerful 240 hp Maybach HS engines but these proved to be seriously problematical and so either Mercedes D IV or Benz IV engines were fitted. Because the Benz engines were less powerful and the Mercedes engines were heavier than the Maybach's it was decided to increase the span of the wings of some machines to increase lift. On the R VII the span reached its maximum of 38m with 6 bay wings but this caused the handling characteristics to deteriorate. 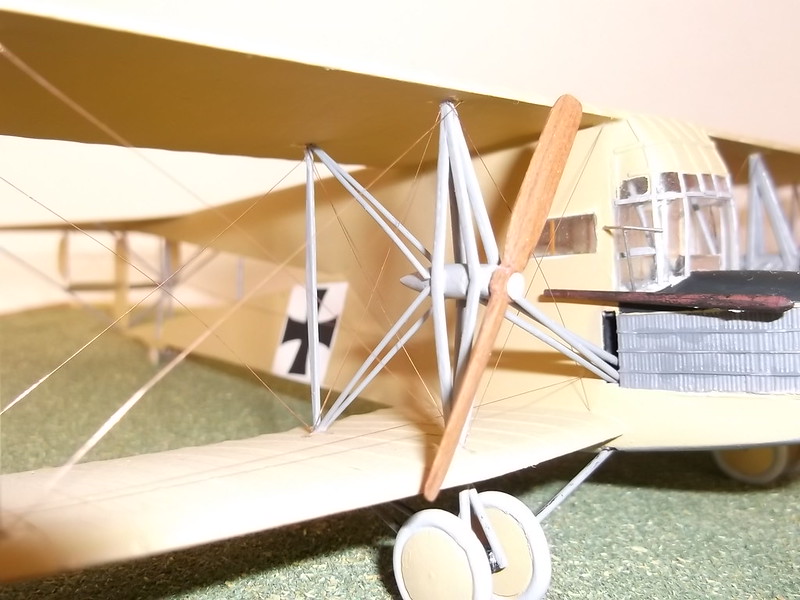 The RV certainly carried out some bombing raids on the Eastern Front: the other machines were sent to the same front for training and evaluation purposes before either crashing and being written off or returning to Germany where they were used for training. These machines gave invaluable service in helping ground personnel and aircrews experience in operating large, complex aircraft from airfields in wartime conditions, and in flying multi-engined aircraft. Although their front line operations were very limited, they were nonetheless pioneers in a new branch of strategic warfare. 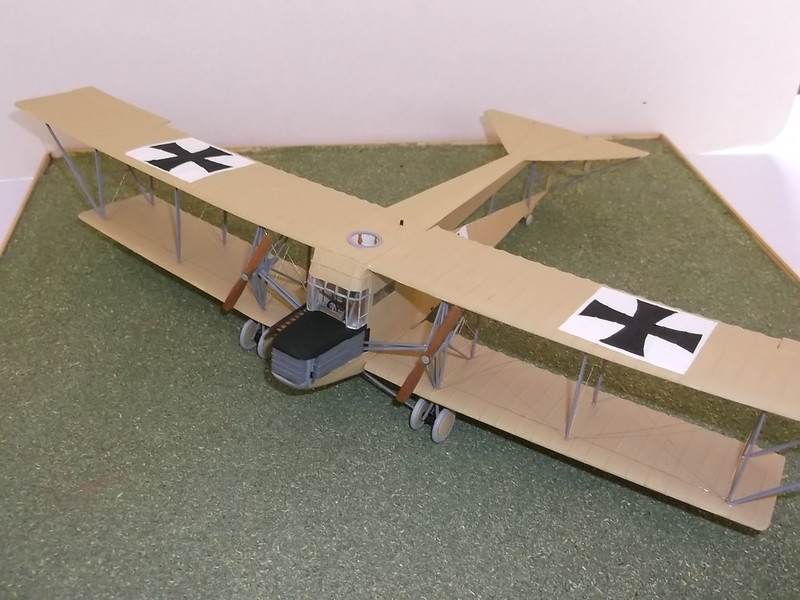