Well I am calling this finished. I still have to add the panel on the side which will have a copy of an original photo of the Rs II on the turntable and information about the aircraft and Seemoos.

The final details included the pulleys on the launch ramp: these were to hold the cable which was used to lower the aircraft down the ramp to the lake and then pull it back again. The ramp was slightly curved at the top end and these pulleys obviously held the cable in the correct position: 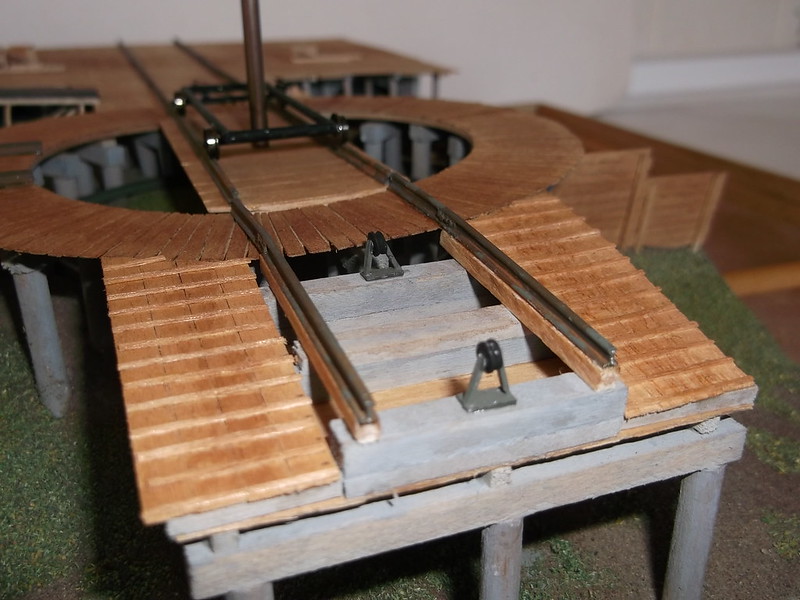 I also added a steel cable and pulley wheels on the other side of the turntable - again these are visible in the contemporary photos: 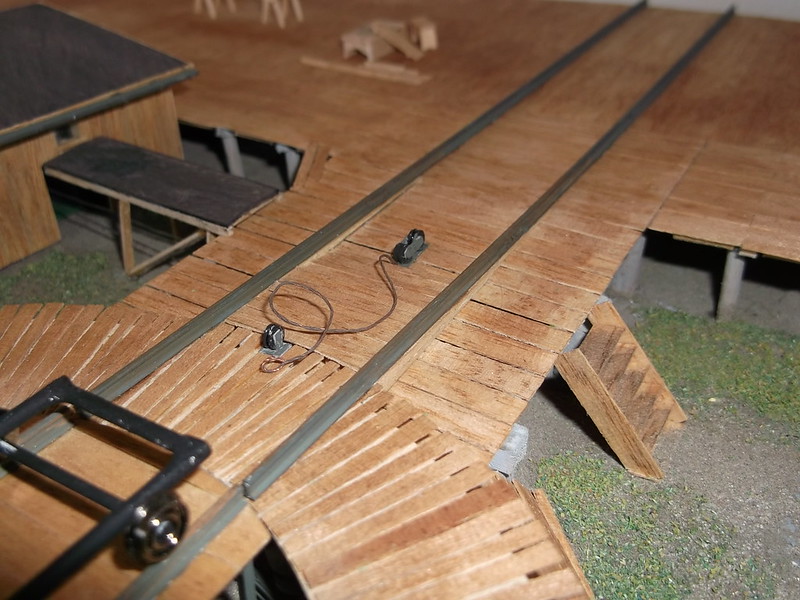 The furniture was placed where I could see it in the photos and four figures placed to give an air of activity. The sailor by the door of the winch shed was based on photos of the time, the two civilians by the shed represent Claudius Dornier, (in the dark grey suit), and chief engineer Durr. These were present when the Rs II was launched and can be seen in contemporary pictures. I added the photographer because someone had to take the pictures! The civilian figures were made by Dart Castings. 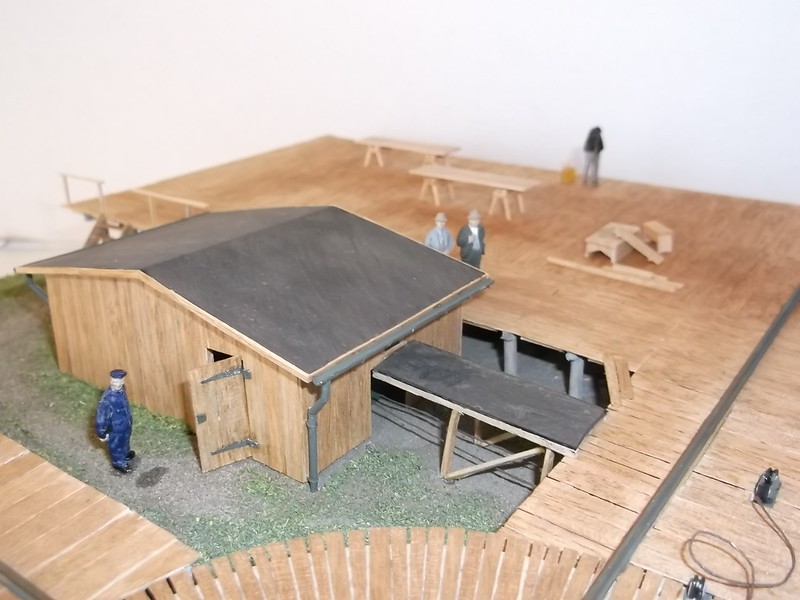 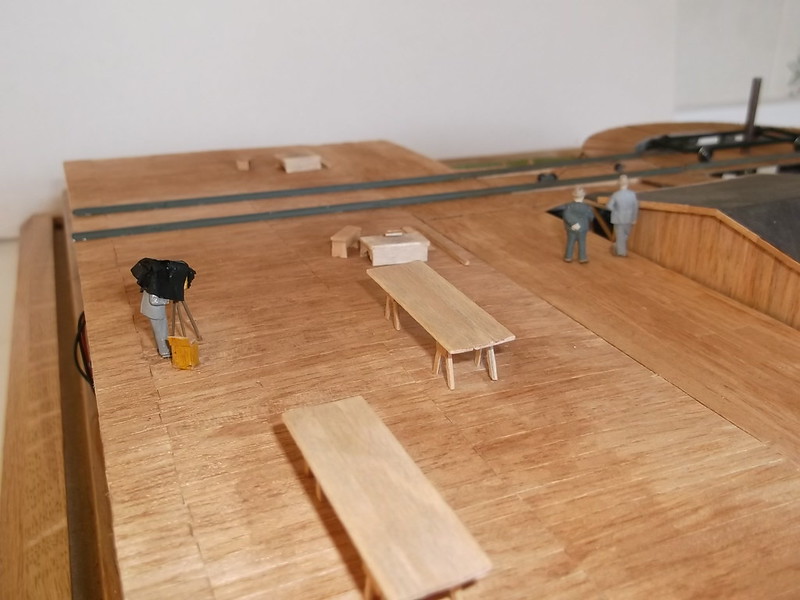 The last part to add was the cradle on which the aircraft was transported: 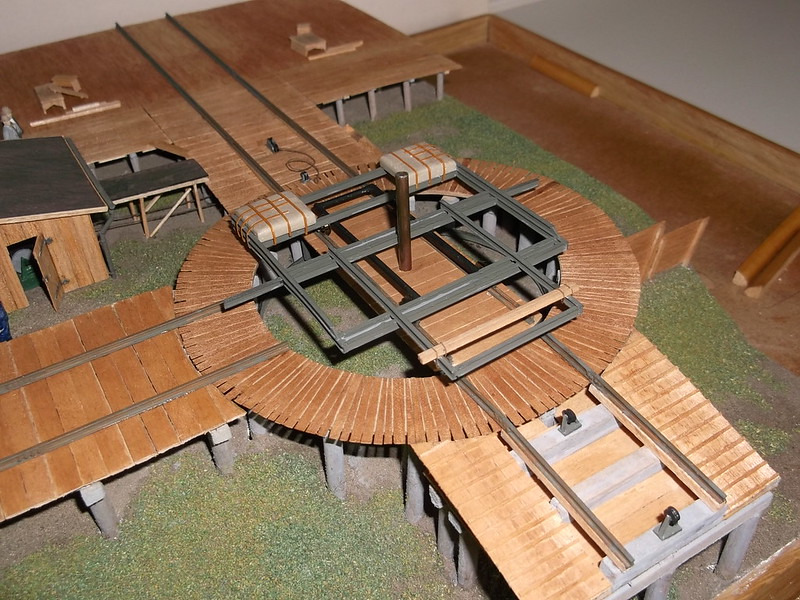 Base complete! All that was needed now was the aircraft: I had drilled a hole in the hull in order that I could mount the model on the spindle of the motor and lower it on to the cradle: the fit was tight but needs to be so that when the motor is switched on the aircraft will turn, which I am pleased to report, it does. 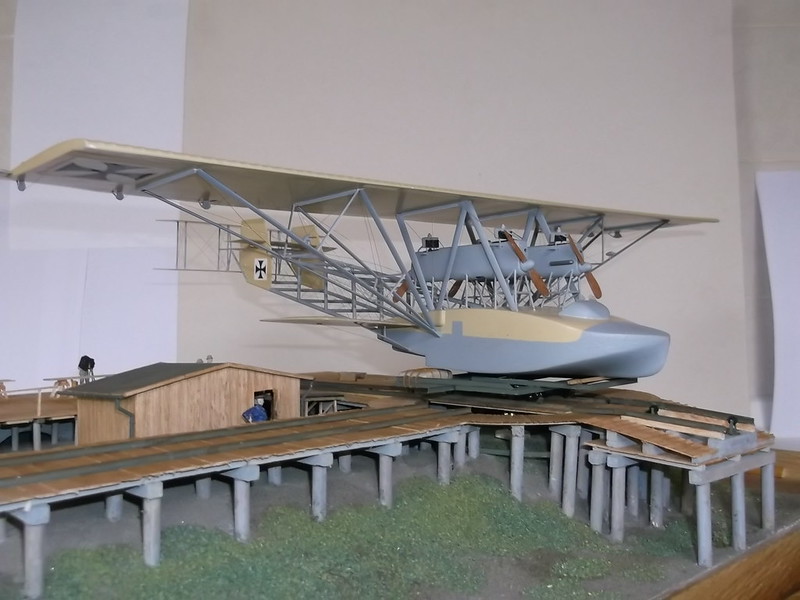 This is a large model and is therefore difficult to photograph, but I will post more photos in the completed aircraft models gallery if you are interested. My grateful thanks must go to Steve Noble for the help and advice that he gave me during this project: it is one of the many reasons why I think this is such a good club.